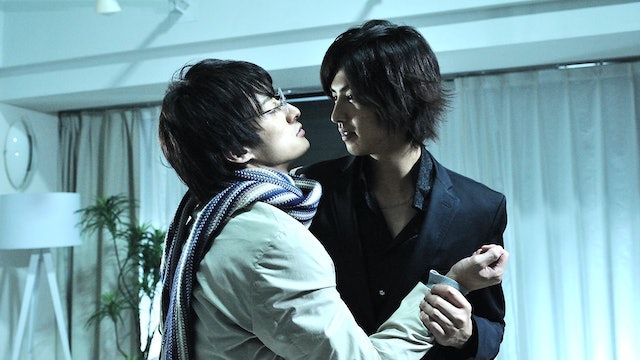 Drama | 2014 | Japan | English Subtitles
Based on one of the most popular YAOI manga novels!
Yuki Morimura is by all accounts a disappointment. The only thing the substitute teacher has going for him is that he is the concertmaster of an amateur orchestra. To the shock of the Orchestra, music prodigy Kei Tonoin has been recruited to be their first true conductor. Kei graduated from a prestigious music university abroad and his arrogant totalitarian attitude drives Yuki crazy. Worse, he threatens the potential relationship Yuki seeks with a girl from the Orchestra. In abrupt anger, Yuki abandons the group in the middle of rehearsal. Kei does not take this lightly as he has long been secretly lusting over Yuki. That night, Kei’s rage and passion combine to change Yuki’s life forever. In a battle for dominance, neither man is willing to admit their faults or face the truth, building to one shocking ending.