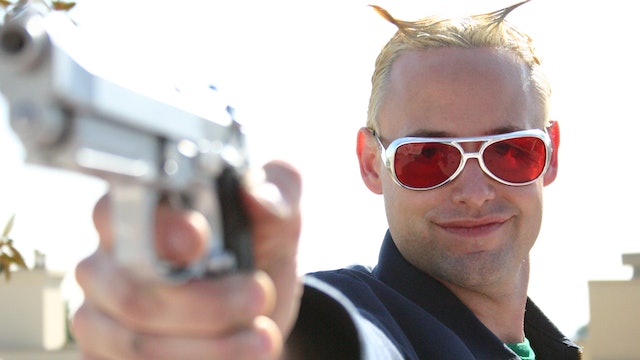 Action | 2010 | USA
Joe Casey, acclaimed comic book writer and co-creator of Ben 10™, writes and directs this enthralling, quirky and stylish, urban action-adventure thriller! Retired hitman Jerome Archer is living the straight life as a retail bookstore manager when he is coerced by overachieving Census Bureau Agents into tracking down an out-of-the-box and dangerous young contract killer who has terminated an undercover C.I.A. operative. Unfortunately for the census agents, not all goes as planned as they are forced to continually alter their scheme to match their innovative hitmen adversaries. Archer finds himself an unwilling pawn in a bureaucratic game. Conflicted, he suddenly has a life-altering choice to make: will he be forced to return to his old, murderous ways...or will he find a new way out?